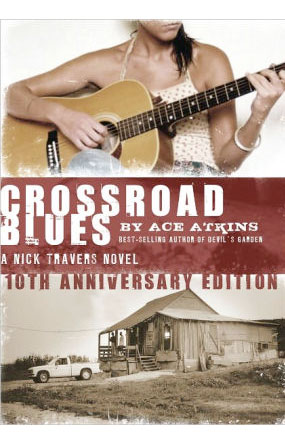 Nick Travers is back where it all began.

Ten years after The Philadelphia Inquirer proclaimed Crossroad Blues “an impressive debut by a promising new talent,” the acclaimed crime novel is back in print.

A modern, Southern re-invention of The Maltese Falcon, Crossroad Blues won noir fans with its nod to the masters and thrilled readers with a wild ride along Highway 61. It’s here that we first meet Nick Travers, an ex-New Orleans Saint turned Tulane University blues historian. Nick searches for the lost recordings of 1930s bluesman Robert Johnson—and a missing colleague—and finds trouble at every turn.

The cast of characters includes a red-headed siren, an Elvis-worshipping hitman, Johnson’s ghost, and the Mississippi Delta itself. A decade later, Crossroad Blues still sings.

“In Atkins’ hands, the characters are as substantial as a down home breakfast of biscuits and ham with red-eye gravy.” —Entertainment Weekly

“When (Atkins) old guys open up, you can really hear the music everybody talks about so reverently.” —The New York Times

“Atkins’ research into blues history adds depth and context to the always entertaining story, which whizzes by like an old, familiar song heard on the car radio late at night.” —The Chicago Tribune

Dark End of The Street 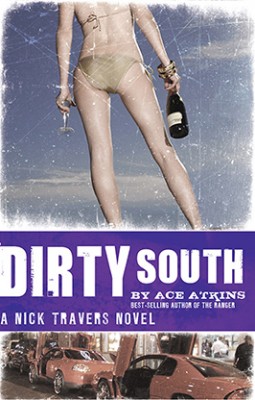