Former Army Ranger Quinn Colson returned a decade ago to his native Tibbehah County, Mississippi, to serve as sheriff. In the last nine books of the series, he has sparred with white supremacists, collided with corrupt religious leaders, and grappled with issues of racism on his home turf. New York Times-bestselling author Ace Atkins writes, “The genesis of the series was to write about the new South, what’s happening right now. And you can’t really escape the rise of Trumpism and its effect on Southerners. I am definitely an old school storyteller, writing about a classic American hero who embraces old fashioned ideas like truth, justice, and the American way. Quinn is pretty straight ahead in what he believes.”

The series’ tenth installment, THE REVELATORS (G. P. Putnam’s Sons; July 14, 2020), comes down to a climactic battle against corruption and evil. For years, Quinn has taken on Fannie Hathcock, a vicious crime queenpin who runs a sleazy strip joint next to a highway truck stop.  But Fannie’s real business is running drugs, guns, stolen goods, and underage girls. So far, she’s been under the protection of crime bosses and corrupt politicians, including now even the governor of the state.

Fannie has killed ruthlessly to protect her franchise, and just a few months ago she ordered a hit on Quinn that nearly took his life. Still recovering from his bullet wounds, and far more reliant than he would like to be on pills and liquor to ease the pain, he has been replaced as sheriff by a tool of Fannie and the governor. But now, Colson has the support of his closest and most powerful allies as he prepares to confront Fannie once again. The team includes federal agent Jon Holliday, champion sharpshooter and U.S. Marshal Lillie Virgil, and undercover agent Natalie ‘Nat’ Wilkins, who has penetrated Fannie’s inner sanctum. Then there’s Donnie Varner, a childhood buddy and recently released federal prisoner who appears to have returned to his criminal ways. As always, Quinn is backed up at every turn by his oldest and best friend, Boom Kimbrough, a fellow veteran who lost an arm in the Middle East.

Meanwhile, Colson’s firecracker sister, Caddy, continues to run a combination Christian church and immigrant assistance center called The River on the outskirts of their hometown, Jericho.  After a local chicken processing plant is raided by ICE and its undocumented workers are deported, their young children, all U.S. citizens, are left homeless and helpless. As it happens, Caddy’s teenage son, Jason, has fallen in love with one of the girls.  So when the girl is duped into becoming the victim of a sex trafficking operation, Jason secretly travels with her to Memphis, putting both of their lives in extreme danger and creating a harrowing crisis for Caddy and Quinn.

Soon after, a Mexican-American activist trying to expose the horrendous conditions at the plant and seek justice for the workers is brazenly killed by the corrupt sheriff’s deputies in a phony traffic stop. In the meantime, Donnie Varner is involved with a scheme to steal hundreds of AR-15 rifles and sell them to a neo-Confederate militia group called the Watchmen. If that weren’t enough, Quinn’s new wife, Maggie, a nurse at the local hospital, is preparing to give birth any day now to their first child together.

As Fannie plans a gaudy reception for the governor and his cronies at her new pleasure palace on nearby Choctaw Lake, Quinn and his team get ready to crash the party.  This multi-layered operation has been years in the making, drawing on seething outrage at the monstrous crimes and injustices in Tibbehah County.  But Fannie and her allies will not be brought down easily, and her ingenious feints keep each member of Quinn’s team guessing and in mortal danger until the novel’s stunning and violent conclusion.

Drawing together threads from the last several Quinn Colson novels, THE REVELATORS marks huge and unexpected changes in the lives of Quinn and many of those closest to him. It’s a new day for Tibbehah County, too, but old ways die hard, and it’s an open question whether Quinn can continue to keep the peace and drive out corruption.  One thing is for sure: this is utterly gripping, inventive, and thought-provoking entertainment from “one of the best crime writers at work today.” (Michael Connelly) 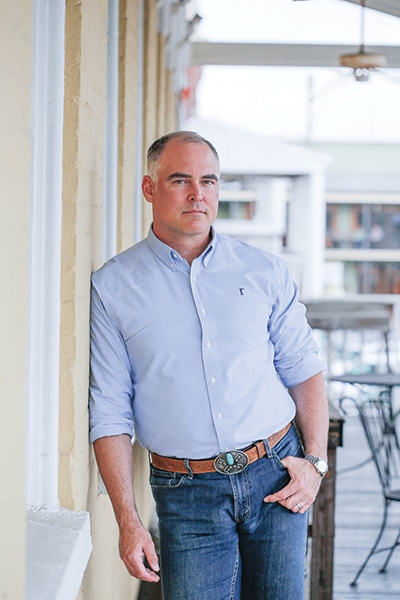 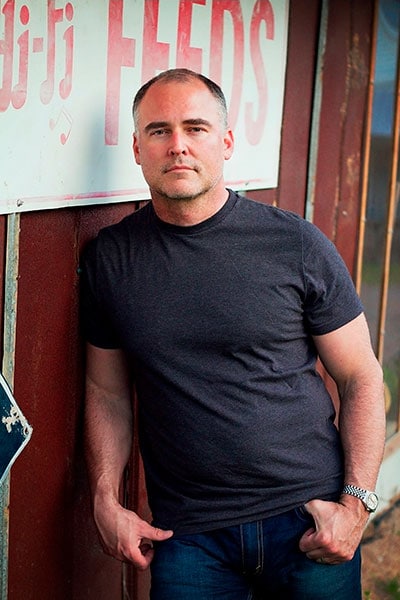 Click an image to enlarge or download.
All photos credited to Joe Worthem and copyrighted to Carrefour, Ltd. 2020

"Adventure writing of a high order... Richly packed with colorful characters and expert writing. An exciting, fast-moving portrait of a formidable hero."

Atkins allows Quinn to make mistakes and have foibles, making him an even more complex character."

The rough-and-tumble relationship between two tough-as-nails officers and the place they love provides plenty of action [and] well-developed characters." — Kirkus Reviews Gripping... Atkins again portrays this pocket of the South with all its flaw, but he's too good a writer for anything to seem stereotyped. Grade: A." —Cleveland Plain Dealer Masterful... it's clear that Atkins has long lived among the kind of folks populating his work."

In the same class as James Lee Burke. Atkins is at the point where his writing is becoming the gold standard of genre and (yes) literary fiction. If you are unfamiliar with him, now is the point to jump on."