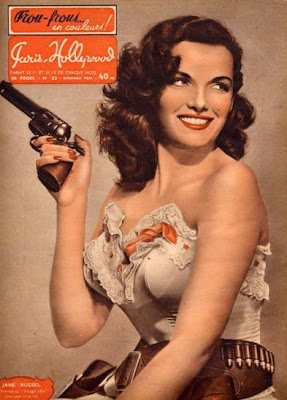 The City of Lost Angels

Another woman slain makes a crime fiction writer conclude: It’s a man’s world. We just die in it
By Christa Faust

In August a 28-year-old swimsuit model was murdered, her mutilated corpse stuffed into a suitcase and dumped behind an apartment complex in Buena Park. In an attempt to prevent the identification of her remains, her killer had pulled out her teeth and sliced off the tips of her fingers. But his plan was foiled by one of the most obvious, widely reviled symbols of this city’s superficiality. Jasmine Fiore was identified by the serial numbers on her breast implants.

As a child, Fiore had dreamed of becoming a star. As an adult, she’d appeared in chat-line ads, but the fame she longed for continued to elude her. According to news reports, a friend of Fiore’s said men “…fell in love with her at first sight.” This power to mesmerize was not diminished by her murder. In fact, her death made her dream of immortality come true.

Fiore’s heart-shaped, kittenish face was all over every newscast, newspaper, and magazine. The Web was flooded with images of her provocative, scantily clad body. Even after the mystery of her death was solved—her ex-husband, a former reality-show contestant, was ID’d as her killer and later committed suicide—people couldn’t get enough of her. Everywhere you turned, there was Jasmine, the beautiful lost angel.

As an author of noir and hard-boiled crime fiction in L.A., I couldn’t help but be drawn in by Fiore, too. Her story reminded me how much of crime writing—both fiction and nonfiction—is still about damsels in distress. Women have made some progress toward achieving equality in the larger world, but we continue to fight to be taken seriously in my genre.

Which is why the other day while sitting in a café, we found ourselves talking collaboration and trying to think up a story line that we’d never read before. In his 1987 novel, The Black Dahlia, James Ellroy, the self-described “Demon Dog” of American crime fiction, explored the idea of a man who becomes sexually obsessed with a murdered beauty. The classic film noir Laura delved into the same theme in 1944, just two years before the bisected body of Elizabeth Short, the real Black Dahlia, was discovered in Leimert Park. Why, Megan and I wondered, hadn’t anyone ever told that story the other way around? Were there really no books or films about a woman sexually obsessed with a murdered man? We couldn’t think of a single example.

Female characters in classic noir fiction tend to fall into one of three categories: the murderous femme fatale; the long-suffering wife who keeps asking the hero, “Why can’t you just let this case go?”; and, of course, the beautiful victim. But what if women started stepping up to fill the traditional male roles? The tarnished knight? The stone-cold amoral thief? The wisecracking sex machine? These questions were at the heart of my conversation with Megan. Would a Black Dahlia-style victim-obsession plot work if the genders were reversed?

I met people in these worlds who were hypermasculine, hyperfeminine, and every possible shade of in between. I learned that gender could be fluid, a game rather than a given. Many of my sessions as a pro domme involved the “feminization” of male clients. I learned to wield a strap-on, to appropriate the ultimate symbol of male power and turn it against them. I took power away from powerful men and made them pay for the privilege. I became fascinated by the deconstruction of gender stereotypes—a recurring but not always conscious theme in my fiction for more than 20 years.

When I sat down to write Money Shot, I wanted to take on these stereotypes more directly. It was to be published by Hard Case Crime, a critically acclaimed publisher of two-fisted hard-boiled fiction. I was to be their first-ever female author, going toe to toe with the legends of the form. Mickey Spillane. Donald E. Westlake. Lawrence Block. An intimidating prospect for any writer, never mind that I was the only dame in the lineup.

I set out to tell a classic revenge story but with a female protagonist. Not just the standard-issue action babe—there are already more than enough books, comics, and movies about gorgeous 21-year-old supermodels who also happen to be kick-ass ninja sharpshooters. Most of them are conceived by men. I wanted to create a realistic, middle-aged woman who doesn’t automatically turn into Chuck Norris with tits when her life is torn apart. She is both tough and vulnerable. Sexy and street-smart but still worried about her aging figure. A woman who has no idea whether she’s capable of cold-blooded murder until it’s time to pull the trigger. That woman became Angel Dare.

Angel is a former adult film star who runs her own adult modeling agency. She gets a call from an old friend asking her to do one more movie, but when she agrees, she winds up left for dead in the trunk of a car. Instead of dying like a good girl, Angel goes after the men who destroyed her life. She learns the hard way that revenge isn’t always sweet.

Having broken open one macho stereotype in Money Shot, I wanted to play around with others. Would it be possible to create a female version of Bucky Bleichert, the obsessed detective in Ellroy’s Black Dahlia? Would a traditionally feminine woman ever fall for a murdered man? Would she moon over his handsome photo, promising his image that she would bring his killer to justice? Or is there something so inherently masculine about the archetype of the white knight avenging the dead maiden that its opposite just doesn’t work?

There’s another force hidden beneath the surface of that archetype: a deeper, profoundly unfeminine dynamic. The detective might be secretly aroused by the brutal violation of the victim and then driven to mete out justice as atonement for his unspeakable desire. Or maybe he feels a need to punish her killer for acting on the murderous lust they share. This compulsion is particularly strong in Ellroy’s fiction. It’s the same dark and shameful desire that fueled the recent media exploitation of Jasmine Fiore.

Maybe that’s why, after reading the coverage of the Fiore case, I found myself needing to reconnect with Megan and take a second look at the postmortem fetishization of sexy victims. “Technically,” Megan responded in a recent e-mail, “a fetish, in Freudian terms, can only be attached to an object, not a person, which seems to demand an objectifying gaze. I can imagine an argument made that women simply don’t tend to objectify the male body as men do with women.”

While I can speak from personal experience and say it is possible for a woman to fetishize a living, breathing man standing right in front of her, it’s completely different when the fetishized object is just a photograph, a disembodied concept. It’s undeniably far more common for men to, as Megan put it, “respond visually” to a Jasmine Fiore or an Elizabeth Short and “project the rest, bring all their own private desires to bear on the ‘blank slate’ before them.” Which made Megan ask, “Is male victimage just a sign of weakness and thus unappealing?”

I think this is the central question. Women certainly have protective instincts, but the female urge to protect and avenge is usually more maternal than sexual. A murder victim seems helpless and childlike, qualities that have little power to arouse standard female desire. On the other hand, I don’t write about “standard” females. Since I love a challenge, I decided to see whether I could find a way to reconfigure the Jasmine Fiore story. I started sketching out the bare bones of a narrative about a sexy male victim and an obsessed female investigator.

The cop is the first one on the scene, and she can’t get the images of the violated body out of her mind. She finds herself spending way too much time in the young man’s apartment, going through his things and consumed by every little detail of his short life. She finds nude photos, even an explicit video of the young man and his new wife. The video features scenes of bondage and submission, which the cop finds especially arousing. The images of his bound body in the video become tangled in her mind with those of his corpse. Driven by guilt and shame, she works night and day on the case, determined to find his missing, possibly murderous wife and bring her to justice. To punish the killer, punishing herself by proxy.

But would anybody buy that book? Would you?

Christa Faust, author of Money Shot, has been described by Quentin Tarantino as “a Veronica in a world of Bettys.”