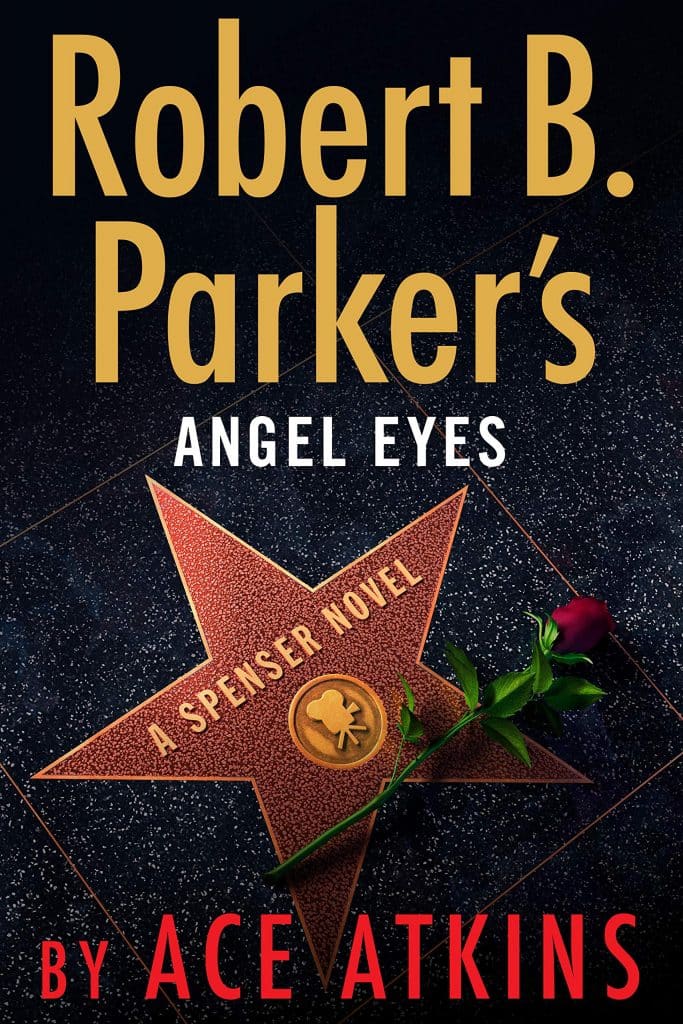 Good reviews are always nice to read. Smart reviews — such as this one by the Tampa Bay Times’ Colette Bancroft — are a joy. Bancroft gets all the references and knows Spenser’s history inside-out. Check it out!

Is Spenser still Spenser if you take him out of Boston?

Few characters are as closely connected to their home turf as the wisecracking, steel-tough private investigator created by Robert B. Parker. Fans of the books have followed Spenser through a city rendered in such loving detail that they feel they know it, too, even if they’ve never set foot in Beacon Hill or Back Bay.

But it does a man good to get out of town once in a while. In Angel Eyes, the eighth Spenser novel by Ace Atkins and the 47th in the series, Spenser sallies forth to Los Angeles.

Atkins, a former reporter for the then-St. Petersburg Times and the Tampa Tribune, deftly took over the series after Parker’s death in 2010. Atkins is also the author of the Quinn Colson series, about a Mississippi sheriff; the 10th of those, The Revelators, will be published in July.

Spenser has visited Los Angeles before, notably in A Savage Place, the eighth novel in the series, when Parker sent him to the aid of Candy Sloan, a TV reporter investigating organized crime in Hollywood.

In Angel Eyes, Spenser will discover that hasn’t changed much, although he’s on a different mission. Amanda Leggett, a friend of Spenser’s very significant other, Susan Silverman, has hired him to find her daughter, Gabrielle.

Gabby Leggett’s story is familiar: Beautiful girl with show biz ambitions heads to L.A. with stars in her eyes and meets all the wrong people. Gabby is 24, old enough to make her own bad decisions. But now she has disappeared — even her Instagram account has no new posts! — and her mother is frantic.

So Spenser goes west and enlists the aid of his formidable former protege, Zebulon Sixkill, who’s now a private eye in L.A. Their search for Gabby leads to her agent and ex-boyfriend, the nervous Eric Collinson, and then to a very powerful studio head, Jimmy Yamashiro, the kind of guy who’s rightly worried about Me Too repercussions.

But perhaps Gabby’s disappearance isn’t just a result of her chaotic sex life, as Spenser begins to suspect when a couple of thugs warn him and Z off the case, a conversation that devolves into a shootout in the parking lot of a shopping complex.

The trail soon leads both to an Armenian gang and to a mysterious group called HELIOS, led by a strange fellow named Joseph Haldorn. HELIOS is part pyramid scheme, part self-help scam and part sex cult, reminiscent of secretive groups ranging from Scientology to NXIVM. Is Gabby its innocent victim, or is she a willing part of something more sinister?

If the names Gabrielle Leggett and Joseph Haldorn and a plot involving a sex cult are setting off bells in your brain, you’ve probably read Dashiell Hammett’s 1928 hard-boiled classic The Dain Curse. Those details are Atkins’ nod to one of the masters who shaped his writing, and Parker’s. Before Parker became a bestselling mystery writer, he was a professor of literature at Northeastern University. His 1971 dissertation was on the works of Hammett, Raymond Chandler and Ross Macdonald, three of the founding fathers of modern crime fiction.

The Dain Curse is set in San Francisco, but the L.A. setting of Angel Eyes lets Atkins also salute Chandler and a number of other writers whose books are set there. If you’re a fan of Robert Crais’ novels, you’ll recognize the guy with red arrow tats that Spenser notices while jogging at Runyon Canyon Park.

The Hollywood milieu even allows for a sly meta reference to the upcoming Netflix movie based on Wonderland, another of Atkins’ Spenser books. A movie producer friend asks if Spenser is trying to sell a script about his life: “’You’re too much of an old-fashioned good guy,’ he said. ‘White knight and all that crap. I’d make the hero fresh out of prison.’”

With assists from longtime allies on both sides of the law and from the indispensable Susan, Gabby will be found and lost and found again in a satisfyingly twisted plot that pits a cast of predators against each other, with Spenser in the middle trying to figure out which one is the most dangerous. 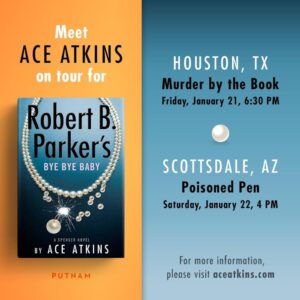