Washington Post Talks The Ranger and the Roots of Redneck Noir 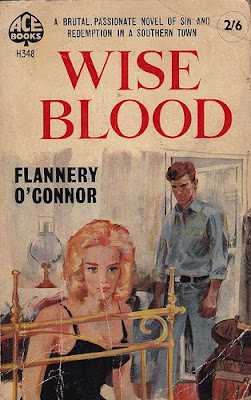 I confess to a perverse love of a subgenre I call redneck noir. Redneck noir, like all noir, offers a maximum of violence and a minimum of sentimentality, but it has the additional blessing of being acted out in the darkest recesses of the not-always-sunny South by people who prove themselves to be more dangerously disturbed than citizens of other, more tranquil regions.
Redneck noir has illustrious roots in Southern literature. One of its most sublime moments comes at the end of Flannery O’Connor’s great story “A Good Man Is Hard to Find,” when the maniac known as the Misfit, after killing a silly old woman, reflects, “She would of been a good woman if it had been somebody there to shoot her every minute of her life.”
Elsewhere, William Faulkner gave us the backwoods sadist Popeye and the upwardly mobile white-trash clan of Snopeses; Erskine Caldwell embraced redneck noir in novels such as “God’s Little Acre”; and John D. MacDonald often set Travis McGee in conflict with narrow-eyed, big-bellied Southern psychopaths with names like Billy Bob and Bubba.
Ace Atkins’s “The Ranger” is a fine example of the subgenre. Atkins, who lives on a farm outside Oxford, Miss., has written eight previous novels, all or most set in the South, but this one begins a new series about an Army ranger named Quinn Colson. The novel’s plot is unoriginal. Colson, a tough survivor of the wars in Iraq and Afghanistan, returns to his home town for the funeral of his uncle, the local sheriff, who is said to have killed himself. He learns that his uncle might have been murdered and sets out to find the truth. Along the way, he must deal with various family problems — including a sister who has become a lap dancer — as well as with his high school sweetheart, who has married one of his best friends. A pregnant girl of 16 with a six-shooter in her backpack also complicates his life.
We’ve passed this way before, but what brings the story roaring to life is that it takes place in northern Mississippi, up near Memphis, in a fictional Tibbehah County that is populated by some of the most ignorant, mean-spirited, violent and generally deranged human beings who ever walked the Earth. We’re given a close look at a gang that is pumping methamphetamine into the county. At the bottom level are zonked-out teenage followers of a psychopath called Gowrie, who is preparing them for a Holy War of some sort. Above them in the food chain is Johnny Stagg, a latter-day Snopes who’s getting rich off meth and truck-stop prostitution and naturally has political ambitions. Farther up the line, in Memphis, are mobsters no one wants to think about.
Our ranger’s quest for justice is punctuated by choice moments of Southern-fried noir. A crazed evangelist vowed to save the life of a rich man with cancer: “Even when the man died, the preacher didn’t give up, refusing to let folks take the body from the church, letting the man lay there for nearly a week, telling everyone that he could raise [him] from the dead.” A senile gangster, during a gun battle in a convenience store, “found a spot up by the cash register, where he thumbed through porno mags and drank a beer, every so often giving a low whistle and saying, ‘Hot dang.’ ” Atkins has an unerring sense of the rural underworld of trailer parks, truck stops and meth labs.
Perhaps the reader must be a son or daughter of Dixie to fully appreciate Atkins’s dark vision. O’Connor used to say that she didn’t write about grotesques, just people she knew. In any event, “The Ranger” is a joy ride into the heart of darkness. Its plot may sound a bit likeLee Child’s Jack Reacher novels — ex-military killing machine takes on local toughs — but the Reacher series increasingly strikes me as expertly crafted comic books, whereas Atkins does more with characters and a sense of place. If anything, “The Ranger” recalls the hard-edged crime novels of Greg Iles, although Iles’s books are set in the more sophisticated (these things are relative) world of Mississippi’s Gulf Coast. Neither Atkins nor Iles writes pretty or uplifting stories, but their books ring true, at least if you’re not looking for magnolias and moonlight.
Anderson regularly reviews mysteries and thrillers for The Post.