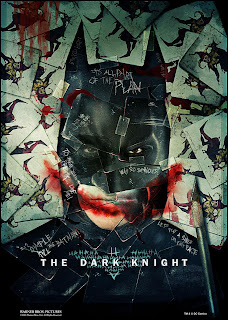 I was happy to see yesterday’s story in the L.A. Times about Christopher Nolan talking about the next Batman film and even giving away the title. The Dark Knight has been one of my favorite films in recent years, honoring the gangster films of the 1930s and the great noir films that influence my writing. Like most, I became aware of Nolan with Memento — an absolutely terrific noir. Love or hate Inception, he is one of the best directors and screenwriters working today.

Christopher Nolan’s third Batman film will be called “The Dark Knight Rises” and though the Gotham City auteur isn’t ready to reveal the villain of his 2012 film, he did eliminate one of the big contenders: “It won’t be the Riddler,” Nolan said in an exclusive interview with Hero Complex.

Nolan was most eager to talk about the fact that Warner Bros. had  agreed with his argument that the film should resist the current 3-D craze and instead use high-definition approaches and IMAX cameras to strike out on a different cinematic path than the stereoscopic technology that, for better or worse, has become the dominant conversation in the blockbuster sector.

Check back here later in the morning for a more in-depth look at that decision and the Nolan ambitions and reasons behind it.

As for the title, it shows the writer-director’s intention to keep his Bruce Wayne trilogy tightly stitched together. “We’ll use many of the same characters as we have all along, and we’ll be introducing some new ones,” Nolan said cryptically.  I had an odd thought: What if Nolan somehow brings back Harvey Dent?

The only reason I even mention it is because, back during post-production on the second film, Nolan told me that the title “The Dark Knight” was just as much about Dent and his fall from the status of shining-knight civic crusader. Dent was plainly dead at the end of the last film, though, and Nolan has been intent on keeping his Gotham City film firmly rooted in a gritty gangland realism– this isn’t a franchise that has veered off into the supernatural or even much super-science.

Nolan plays things close to the vest — he’s one of the few filmmakers of his generation who actually does wear a vest — and he chuckled when I tried to get a few more details out of him. “Oh, you know me, I don’t talk.”

He began our conversation by comparing it with a visit to the dentist’s office. Well, if so, he’s a patient who never opens wide. I asked if he could imagine a time when Warner Bros. would let a filmmaker shoot a Batman script where the villain isn’t one of the signature creations from the comic books. “Ah, Geoff Boucher, master of the leading question,” he said with a chuckle.

That’s when he did agree, however, to eliminate a villain candidate, namely Edward Nigma, the green-suited Riddler, who many people (myself included) assumed was the next natural choice. That character could be taken in a lot of directions — think of Kevin Spacey’s character in “Seven” as a compass point for one of those dark paths — but Nolan and his team are going a different way.

As with “Dark Knight,” the new film has a script written by Nolan and his brother, Jonah, and it’s based on a story by the director and David Goyer. Earlier, I got Nolan to take Mr. Freeze off the list and, yes, this is like pulling teeth but don’t think for a minute that I mind.

Nolan makes sublime films, and any secrets he wants to keep in place are done so to protect the final product. As for me, I’m hoping now for Hugo Strange who, come to think of it, looks a bit like a dentist…