Queen of the Bs 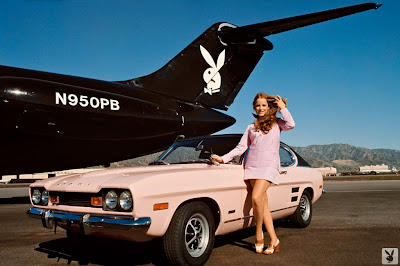 I screened a bootleg copy of Dynamite Women the other night — aka The Great Texas Dynamite Chase — with some local actors and filmmakers here in Oxford, Mississippi. Some were skeptical of the choice of the 1976 cult classic but all walked away not only loving the movie but in love with the great Claudia Jennings.

So much has been made of Thelma and Louise being a female version of Butch Cassidy and the Sundance Kid that Dynamite Women — produced by the king of the Bs Roger Corman — is always over looked as the real inspiration.

Jennings plays Candy Morgan a confident outlaw on the run who meets up with Ellie Jo Turner — Jocelyn Jones — a mousy bank teller who’s just been fired. During a robbery — Jennings’ heist pulled with what else but a stick of dynamite —  Ellie Jo decides to join up and the two women go on a crime spree across Texas.

There’s even a Brad Pitt-like character who gets roped into the fun, complete with a sexy romp at a roadside motel.

The whole film is played with a light hand and wink to the camera, making the most of the biggest trend in Hollywood — Southern action. While no one will confuse the California landscape for Texas, the actors give a credible feel to the picture and the quick action, many good laughs, and sexiness make it a top pic of the genre.

Jennings — Playboy Playmate of the Year 1970 — ruled the B movies of the early 1970s appearing in such classics as Unholy Rollers, Truckstop Women, and Gator Bait. In interviews, Roger Corman has said she was due a break out into mainstream films, her Playboy past blocking her for too long.

In Dynamite Women, she’s tough and sexy, playing the heist scenes and sex scenes with so much confidence. (One sex scene with original Mouseketeer Johnny Crawford!)

Her breakthrough almost came as a replacement to Kate Jackson in Charlie’s Angels but again Playboy turned off network executives.

Still working the Hollywood scene in 1979, she was killed in an auto accident at 29. While not a top star at the time, she’s become a cult siren in some of the most loved drive-in classics. And an absolute favorite of mine.

When Claudia appears on screen, no matter how the outrageous story, no one can stop watching.